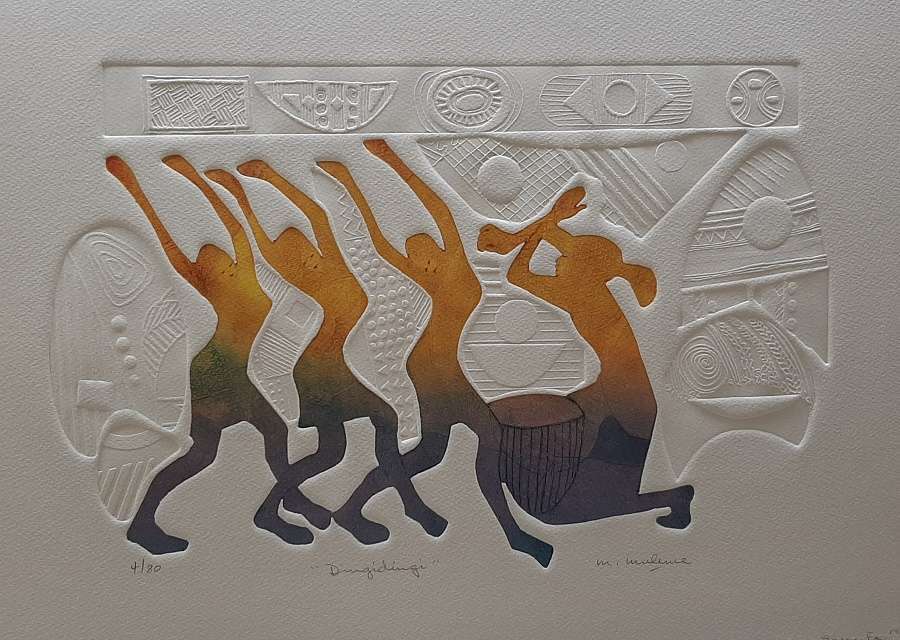 MATHIAS MULEME is an African born Canadian artist specializing in “Intaglio” and “Collagraph” Printmaking. He has a BA, 1970, Fine Art, University of Guelph, and an MFA,1976, Wayne State University, Michigan. He has been a full time artist since 1977. For 40 years until recently, he owned and operated Mathias Muleme Gallery Inc. in London, Ontario. Through the years Mathias exhibited extensively all over the world. He has received several honours and recognitions.His work is represented in numerous collections both public and private.

INTAGLIO: In this process, a plate, usually metal, is used.The lines or areas that create the image are engraved into the plate by a sharp incising tool or bitten into by acid. Once the plate has been fully prepared and inked, it is “pulled” through an etching press under pounds of pressure, forcing dampened paper into the grooves to pick up the ink, thus the image. For the embossing, an ininked plate is used to produce the white on white image. Since the intaglio image is conceived and executed entirely by the artist, each print from that plate is an original work of art, unlike the photomechanical reproductions.

COLLAGRAPH: This is similar ro intaglio but the plate is built out of various materials other than metal. No acid etching is involved but rather, materials are carved and glued to make a plate which is inked. As in intaglio it is printed with an etching press. 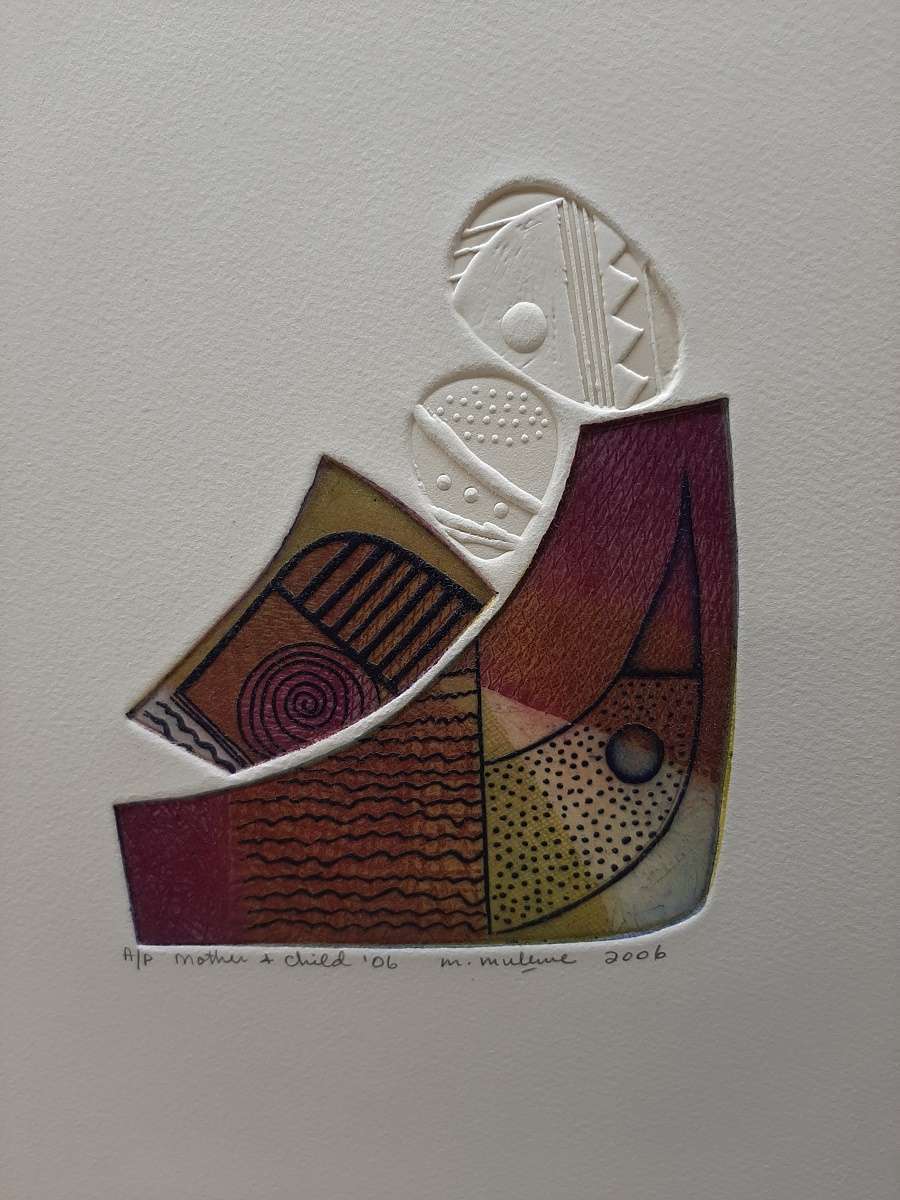 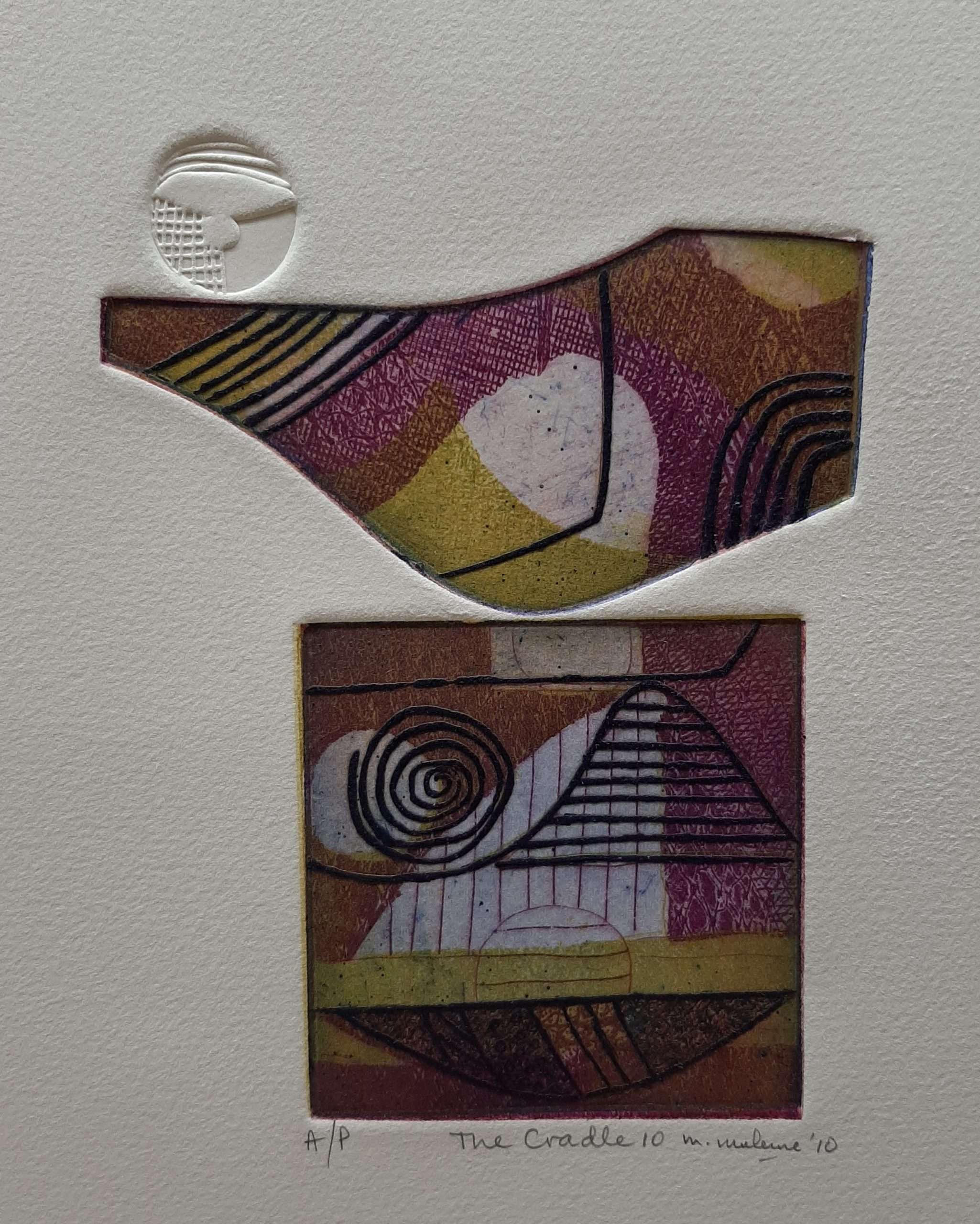 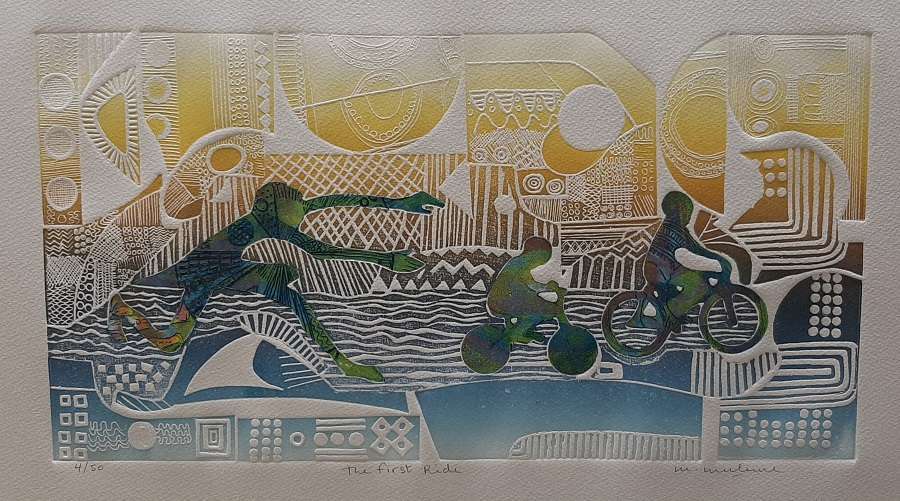