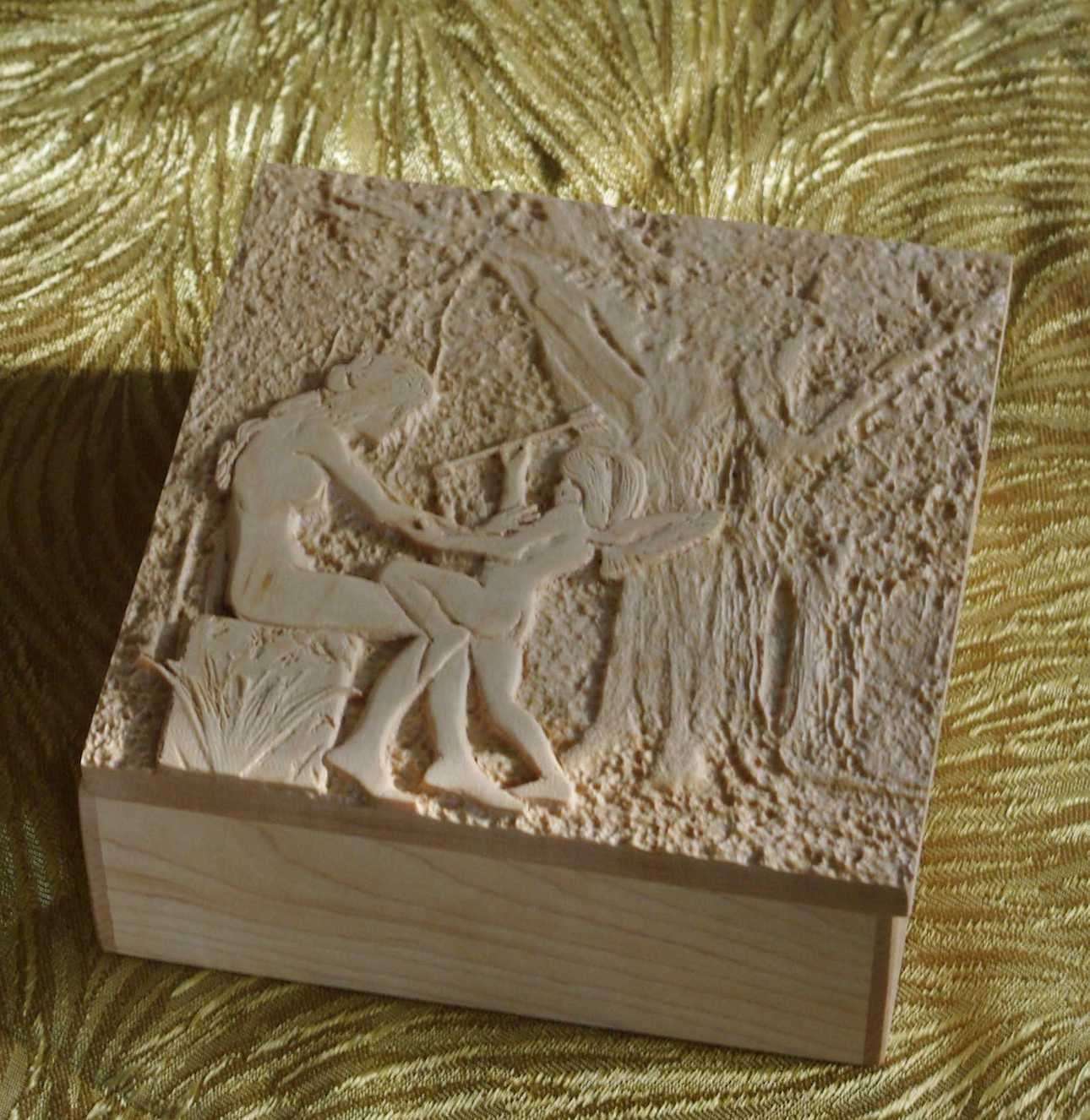 Roger Muma, originally from Toronto, Ontario, began making musical instruments while living in North Vancouver, B. C. where he had been teaching music. Interest in the musical instruments themselves was a natural extension from that of teaching music. Since then he has displayed at various events from the west coast to the east coast in both Canada and the United States. He has been making instruments including folk harps, kanteles (Nordic lyres), ukuleles, banjos, and thumb pianos, for the past 45 years. Muma’s acquisition of a small CNC (computer numeric control) router, made the economic production of carved designs possible. This provided the option of custom decorative features on the harps and other instruments. It also led to the development of his original bas relief designs that are found on the lids of the wooden boxes that he makes. In the past couple of years, using computer modeling programs for conceiving the ideas and the CNC router to execute them, he has been expanding his bas relief work to be stand alone works of art. More recently Roger travels from London, Ontario to attend Stratford Art in the Park. He lives there with his wife Joanna, who sews the lovely bags for some of the instruments that he makes.

Roger has derived great satisfaction from bringing the joy of music to people through the making of musical instruments, and delight in the beauty of wood through making wooden boxes to house small treasures. This coming season, by offering more intricate carvings in wood, he hopes he will entice more people to become appreciative of wood as a medium for artistic expression and meditation. 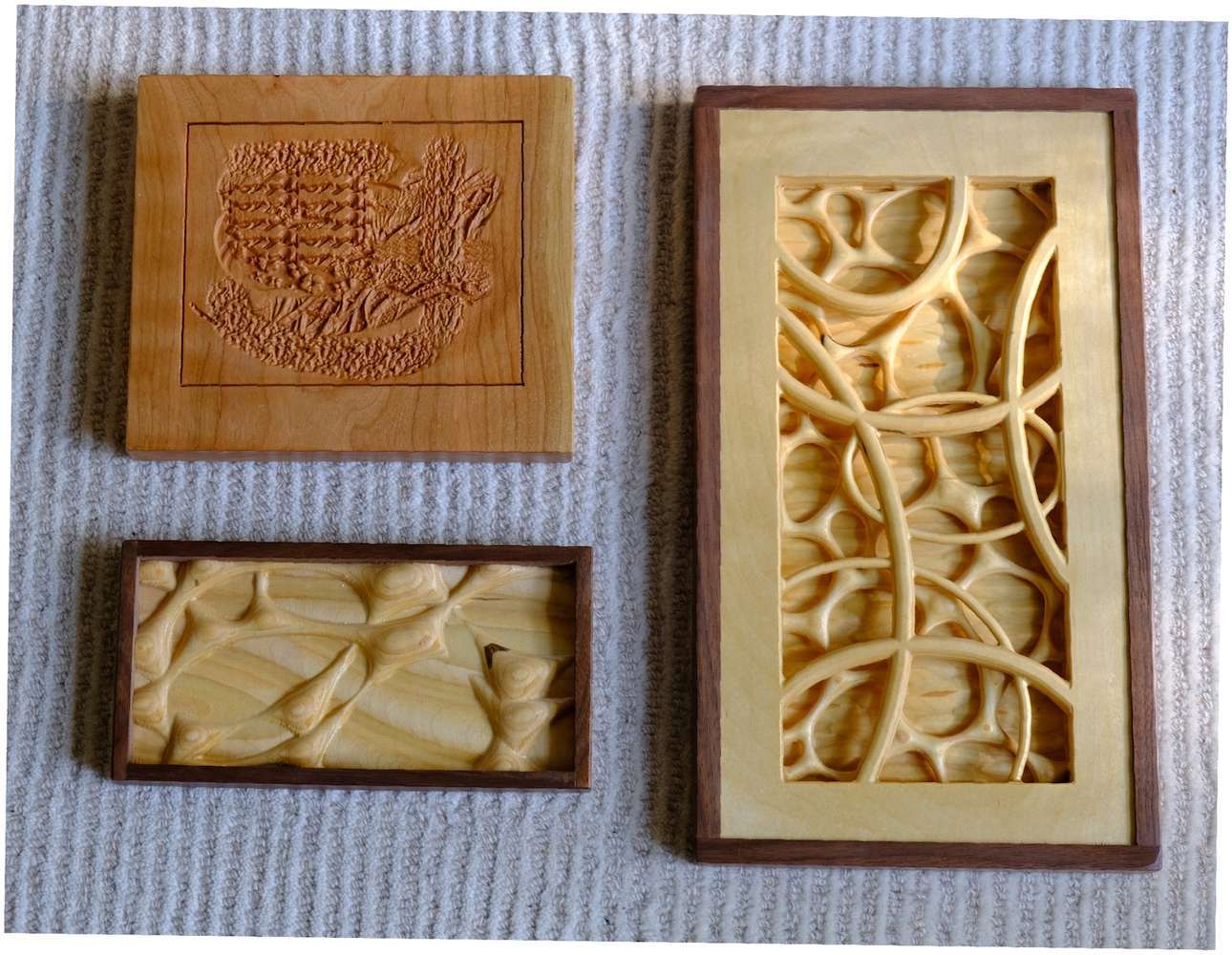 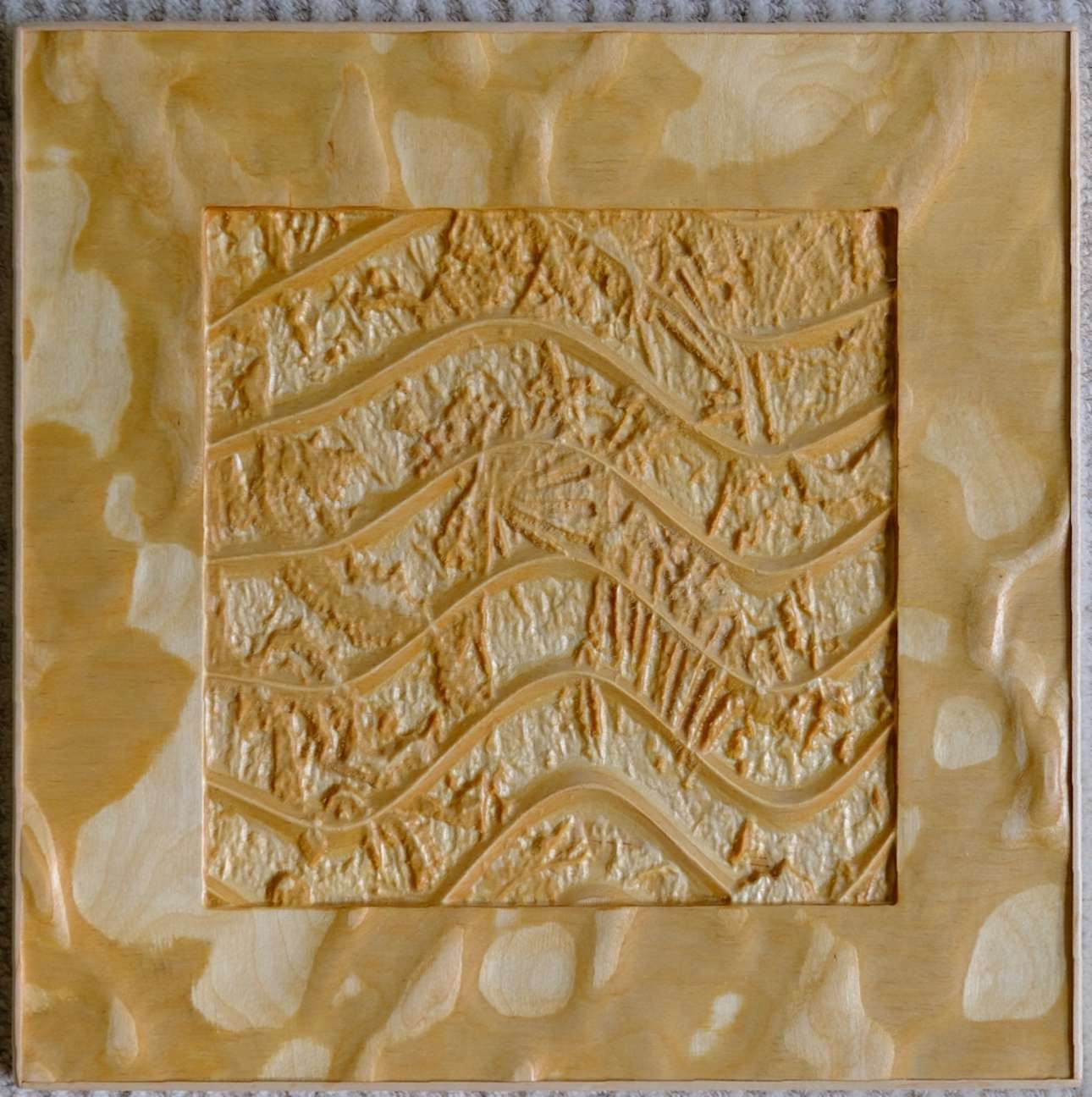 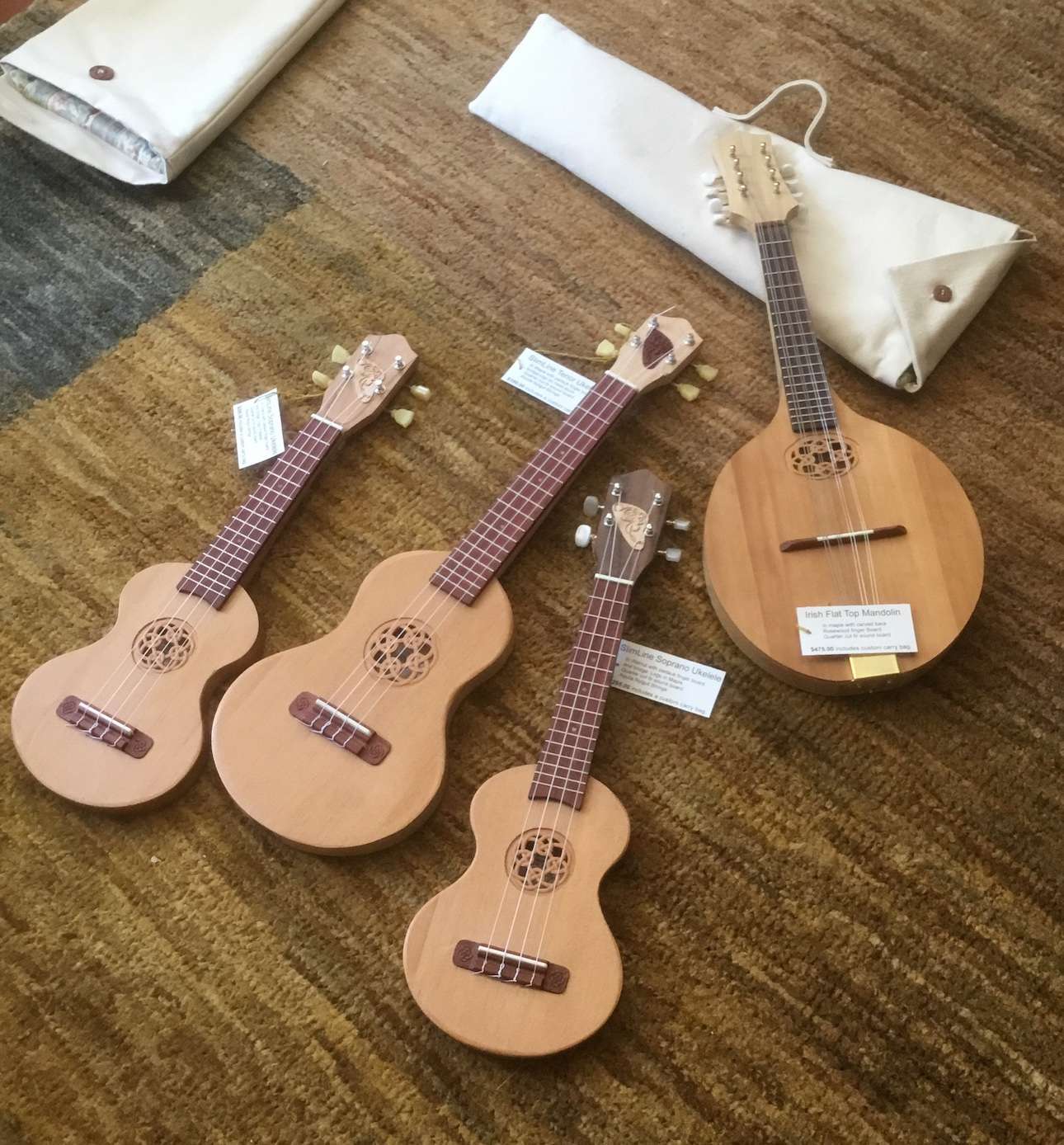 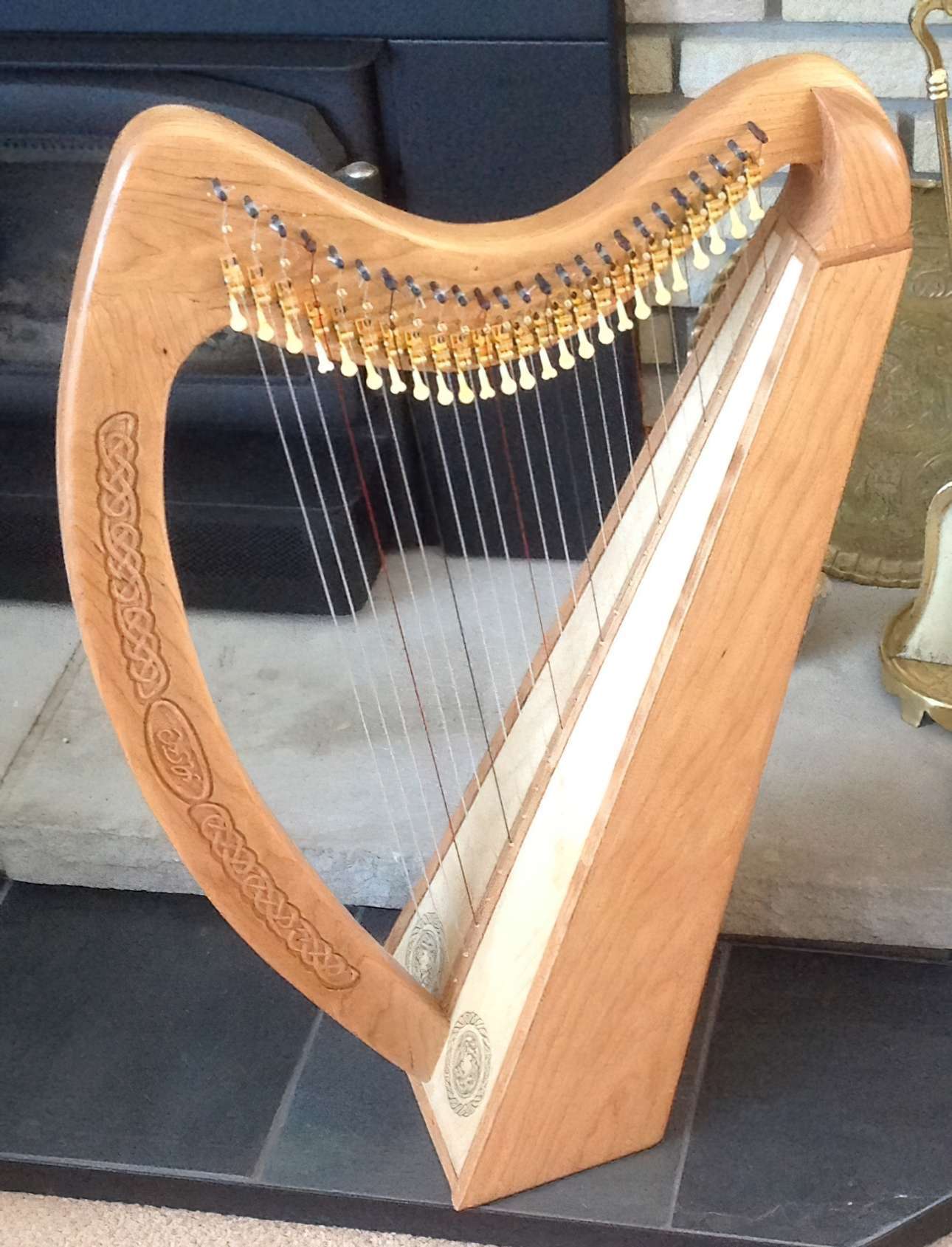 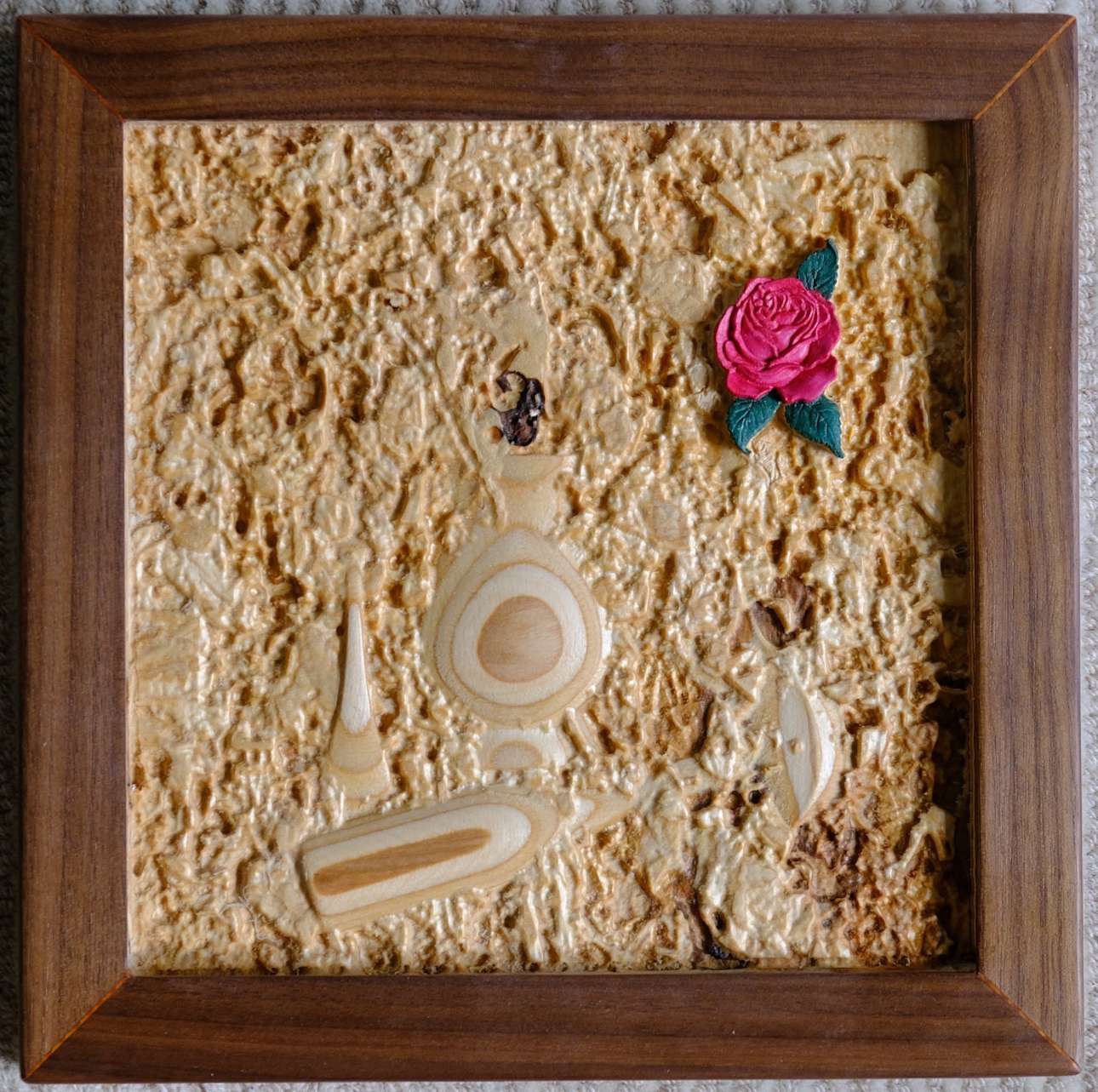